You can't go anywhere these days without hearing about the elusive, purportedly mystical powers of influencer marketing.

But is this buzzword-laden tactic actually worth your time and energy?

According to a recent study comprised of marketers from a variety of industries, 94% said influencer marketing was an effective campaign strategy. That's great news for marketers — right?

Click here to learn how to grow your network and become an influencer in your industry.

So even though the tangible benefits of influencer marketing — follower engagement, driving traffic, and creating more authentic content — seem clear-cut, there's still a lot of progress to be made in making this form of campaign measurable for agencies and marketers.

What Is Influencer Marketing?

Let's back up for a minute. What exactly is influencer marketing, and how does it differ from the traditional celebrity spokesperson advertising model?

Influencer marketing is designed to tap into an existing community of engaged followers. Influencers — or influential people — are specialists in their particular niches, and have established a high level of trust and two-way communication with their follower bases. As a result, these individuals have influence over an audience you might be trying to reach, and can be helpful marketing to those buyers.

There is some overlap between celebrity endorsements and influencer marketing campaigns, but fans of influencers trust that their endorsement of a product or brand comes from a well-researched, more holistic place, rather than something as simple as a signed contract. And while there is often a formal agreement in place between brands and influencers, influencers tend to be more selective about their affiliations, choosing to partner with brands that reflect their unique personal brands and won't alienate their followers.

Celebrity product endorsements are less about engagement and more about attaching a person's fame and name recognition to a particular brand. For brands, celebrity-driven campaigns are much more about grabbing the attention of a wide audience than tapping into a very specific niche.

To give you an idea of how brands — both big and small — are leveraging the power of influencers in their marketing efforts, we've put together a list of ten influencer-driven campaigns. Check them out below, and decide for yourself: Is influencer marketing worth the hype?

The affordable clothing chain tapped social media influencer Meghan Rienks to appear in a series of promotional posts on Instagram, Twitter, and YouTube. In the videos, Rienks shows fans how to style outfits for different occasions (e.g., a holiday party, and big date night) using pieces from Old Navy.

Rienks, known for her comedy sketches and lifestyle content, has a formidable following on social media, with over 1.3 million Instagram followers and 2 million subscribers on her YouTube channel.

This bottled smoothie brand is edging its way into the beauty, fashion, and health scene on Instagram with help from key influencers in the space. Lifestyle bloggers like Kate La Vie (below) share sponsored posts featuring snapshots of their daily outfits and beauty essentials — including a strategically placed Naked Juice in the mix.

This Manhattan-based beauty startup (which was recently named one of Fast Company's Most Innovative Companies of 2017) owes much of their seemingly overnight cult status to their ever-expanding network of super fans and micro-influencers.

Instead of paying a few big names to promote their minimal skincare and cosmetics, the brand relies on “regular women” to spread the word.

“What's very motivating to us is this idea of every single woman being an influencer,” Glossier CEO Emily Weiss told Quartz. Glossier recently introduced a referral program to enable its more influential followers to offer product discounts and other incentives to their unique networks. 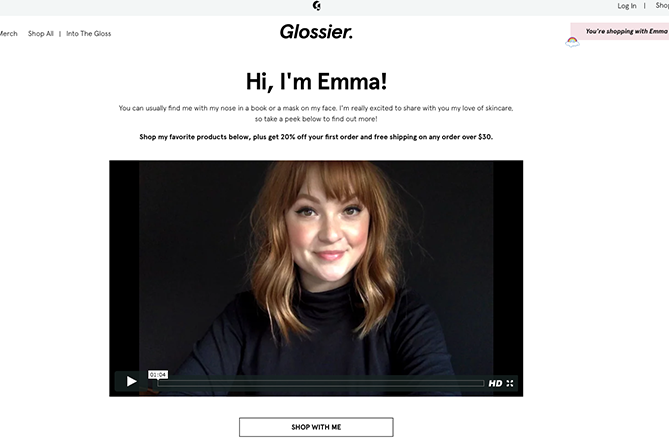 Towards the end of 2016, the boat shoe brand began working with over 100 micro-influencers on Instagram to create engaging content for its followers. Sperry identified fans of the brand on Instagram who were already sharing high-quality photos of its products, and started inviting these users to develop visual content for its official Instagram account.

5) My Tales of Whisky

The 44-minute minute video shows Offerman sitting by a crackling fireplace, staring broodingly into the camera, and occasionally savoring a sip of his drink. Thanks to the simple seasonal premise and Offerman's unique brand, the video was a viral hit.

GAP's successful Styld.by campaign featured a number of influential social media personalities showing how they incorporate GAP clothing into their personal wardrobes. Users viewing the influencers' posts on social media were given options to “Shop this Look” conveniently in the caption of photos.

Thanks to the involvement of multiple influencers from different niches, GAP's campaign had enormous reach. 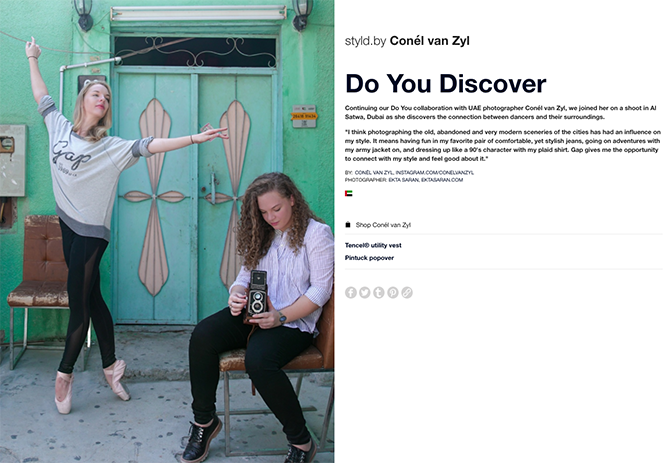 If anyone has figured out how to gain a loyal following on Snapchat, it's hip-hop artist and producer DJ Khaled. Once a minor figure in the music world, Khaled has enjoyed an unprecedented level of success on the ephemeral photo-sharing app, with each of his snaps garnering over 3 million views on average.

His “King of Snapchat” status means Khaled is in high-demand for influencer campaigns with brands. He regularly takes part in “Snapchat takeovers,” where a brand hands over the reigns of their corporate Snapchat to Khaled for a brief period of largely unfiltered antics.

Working with W+K London, Stride Gum launched a Snapchat takeover campaign with Khaled last year to promote its “Mad Intense Gum” campaign. The brand called the takeover “an unpredictable, fun day for all his followers.” 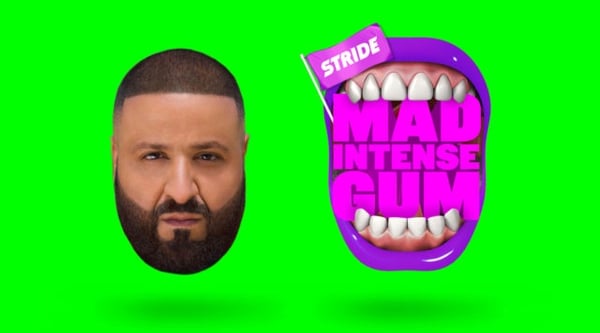 One promising way to work with influencers is to create a competition for them — one that invites them to create content on behalf of your brand for an opportunity to win something, like exclusive features on your social media channels or be named on a “best of” list, for example.

Skype executed influencer marketing in this way with its “Your City, Your Passion” competition. Influencers from every corner of the globe were invited to create content explaining why they're proud of their home cities, for a chance to win a one-on-one Skype session with a famed expert within their given field, including Epic Mealtime creator Darren Morenstein.

To promote its 2016 holiday collection of keepsake ornaments, Hallmark partnered with a number of family-friendly Instagram influencers to share personal, tender moments from their families' holiday season.

Using the hashtag #KeepsakeIt, the influencers offered their followers candid glimpses into their family holiday traditions, along with a link for users to purchase one of their own keepsake ornaments.

High-end accessory and footwear brand Loeffler Randall has become a favorite among artists, bloggers, and fashion insiders, thanks in big part to the company's commitment to involving social media influencers in its marketing campaigns.

The brand's “LR Ambassadors” include a diverse group of writers, painters, florists and other creative businesswomen “leading dynamic lives.” In the brand's own words, their LR Ambassadors are “cool girls doing cool things.”

In addition to profiling its LR Ambassadors on the company blog, Loeffler Randall shares pictures of its ambassadors wearing LR shoes and accessories on Instagram, using the hashtag #LRambassador.